You are here: Home1 / Software2 / Linux3 / CryptoDredge – a GPU mining software for Windows and Linux

CryptoDredge- a GPU mining software for Windows and Linux

CryptoDregde is a nice and easy-to-use console miner for Windows and Linux.

Unfortunately, it supports Nvidia GPUs only, but it can be used to mine with 2GB of VRAM or more.

It works with Windows 10 and 11, although it can be tested on Windows 7 and onwards.

On Linux, it can be used with popular distros, like Ubuntu and Debian, but make sure to a 64-bit version(the same goes for Windows).

CryptoDregde prides itself as a stable software, with lots of optimization for the latest Nvidia cards, as well as optimized power consumption.

This cryptocurrency mining software can be used to mine many different coins and algorithms:

How to setup CryptoDredge on Windows

Extract the downloaded file, which should be called something like “CryptoDredge_0.27.0_win_x64_cuda_11.4.zip”.

As you can see, there are quite a few runnable “.bat” files, that can be used to mine one of the supported mining algorithms.

Let’s say we want to mine Ethereum via the “2miners” pool(you can use any pool, even unMineable).

Edit the file called “run-ethash-2miners.bat”, in one of your favorite text editors like Notepad++ or Notepad.

As you can see, most of the commands are already entered for you.

Once done, it should look like this(but with your own ETH wallet):

and that’s pretty much it.

Save the file, and then double-click on it to run it and start mining ETH with CryptoDredge: 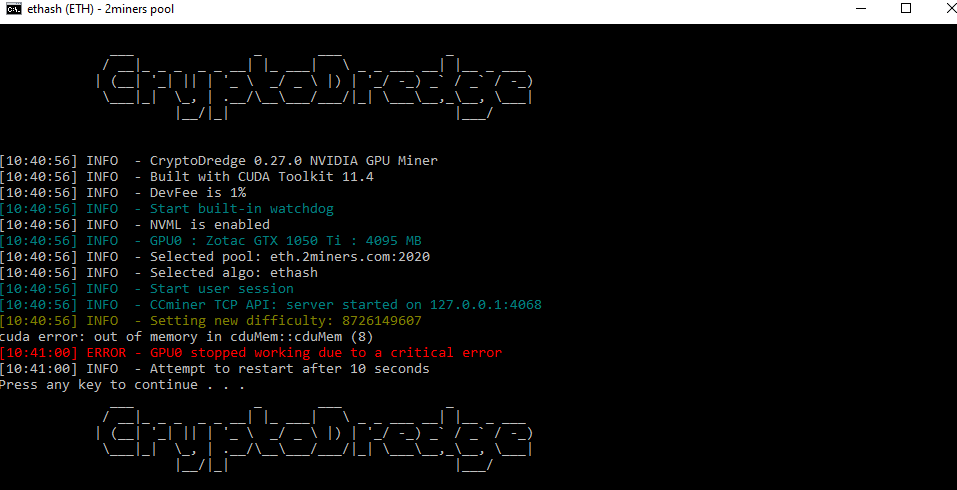 As you can see from above, I was able to run the eth .bat file, but there’s a critical error with my GPU.

If you have the same problem, try installing the latest CUDA drivers for your GPU.

CUDA files are rather big, so you’ll have to exercise some patience: 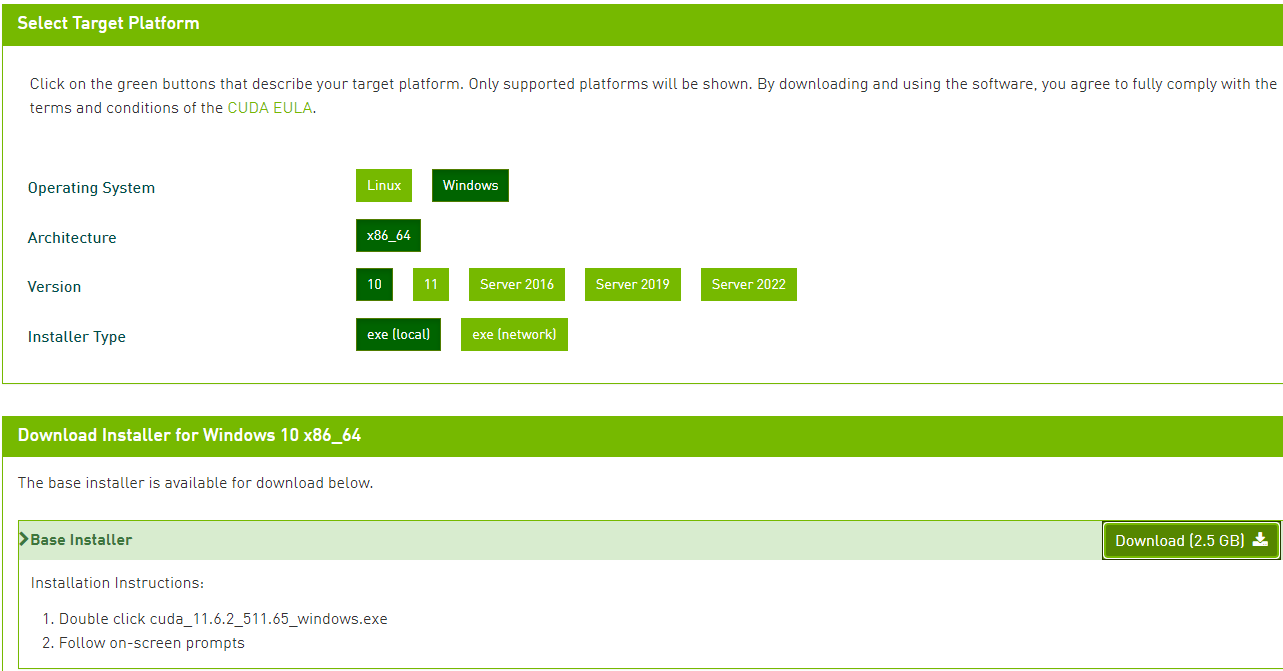 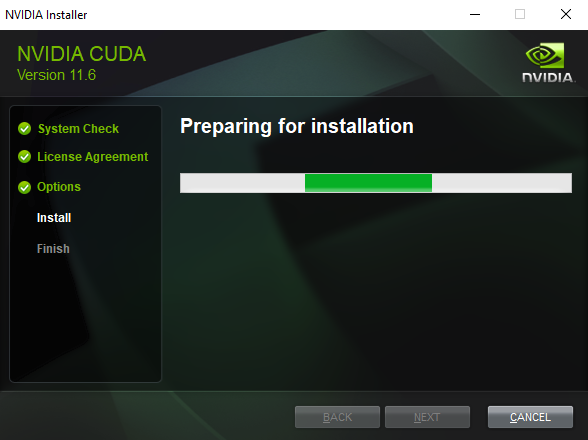 If everything is good, the CUDA drivers will be installed: 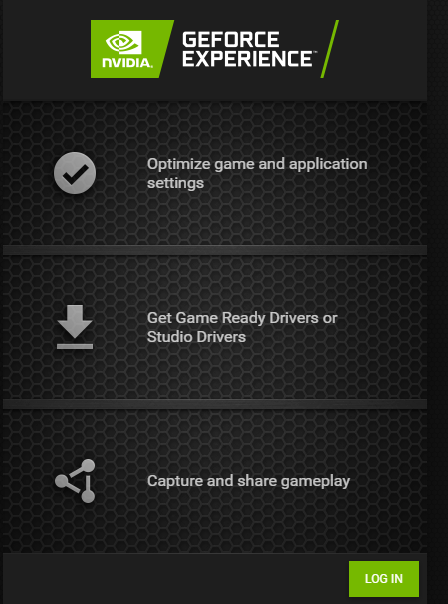 at which point you can close it since the critical drivers are already in your Windows system.

And now that we have the latest CUDA drivers in our system, we can try running the “run-ethash-2miners.bat” file again.

Unfortunately, in this case, it wasn’t CUDA that was problematic.

The mining competition for Ethereum is rather high, and using an older card like GTX 1050Ti won’t work, as it doesn’t have the required minimum of 6GB.

So let’s try another mining algorithm.

Same as before, most of the instructions are already there.

If you want to mine through the 2miners pool, you just need to change the wallet address to your own(RK1WMzoYrcui3xwVLU3AeJg3viUVhFiGpi).

Add your own RavenCoin address, and save the file:

then double click on it again to start mining RavenCoin:

And since we don’t have a problem with low memory now, the CryptoDredge miner will start mining for us: 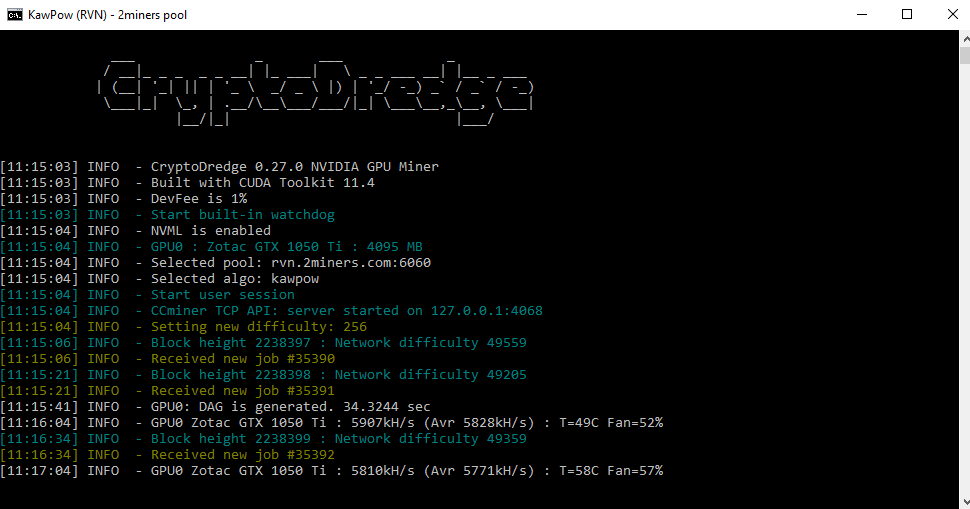