In mining Cryptocurrencies, there are some vital things required, and an ideal Bitcoin mining wallet is an essential part of these things.

With this, we should be aware that a digital currency wallet is similar to a bank account that is used in storing, receiving, and sending virtual currencies to yet another wallet account.

Bitcoin mining wallets can be used for shopping as well. It does not matter if a user wants to trade virtual currencies or just needs them as assets- it’s crucial to have the best Bitcoin wallet account.

The wallets are the services that help in keeping the private keys of your Bitcoin crypto under custody. For Bitcoin users, there are some things to look into before choosing a dependable Bitcoin wallet.

It does not matter if it is a hardware wallet you are picking or a software wallet. Some of the major things to look at include:

This list consists of both desktop, mobile, and hardware wallets. The top nine Bitcoin wallets to make use of in 2021 are:

A relatively new kid on the block which I didn’t hear about until recently, but have given new standards in hardware crypto wallets.

I like it so much that I even wrote a separate article on it, which you can find here(SafePal wallet). 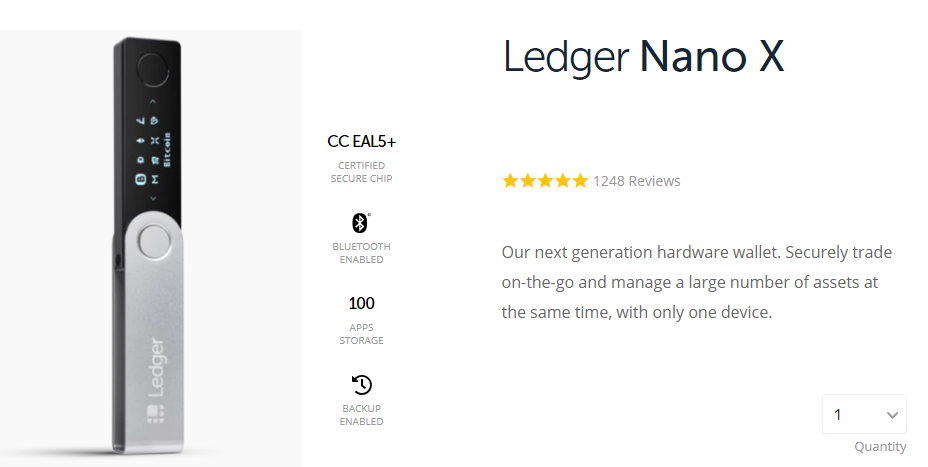 At the time of writing this article for the first time, Ledger Nano S was the top hardware wallet for your crypto assets. But as time progress, we’re seeing new and improved wallet versions, and Ledger Nano X is one of them.

Same as the previous wallet version, this one also puts a focus on security, as it comes with a certified secure chip- the same chip that’s used in credit cards and passports.

I like both wallets, and right now, it seems that they both provide the most essential thing- the best security on the market. With that said, Ledger Nano X seems to be targeted at bigger investors, which hold lots of different assets. And if you’re one of them, you can buy Ledger Nano X and enjoy the peace of mind and ease of access that this wallet offers.

This is a hardware wallet and was created by a French startup company. The Ledger Nano S is similar to a USB drive and can be connected to any available USB port.

It does not make use of a battery and only comes on when it is plugged into a mobile device or a computer.

Ledger Nano S does not come with an anti-tampering sticker because it has a cryptographic procedure that checks for the integrity of any instrument once it is powered on.

It has an OLED screen plus two side buttons that confirm transactions. Once the Ledger Nano S is configured as a new device, a pin code will need to be set up to protect the wallet.

User’s private keys are stored offline, and this implies that virtual coins are safe. It goes on to support some of the major digital currencies such as:

Additionally, the Ledger Nano S is a multi-currency wallet, and this implies that users can store or manage over seven hundred coins plus ERC20 tokens all in one place. 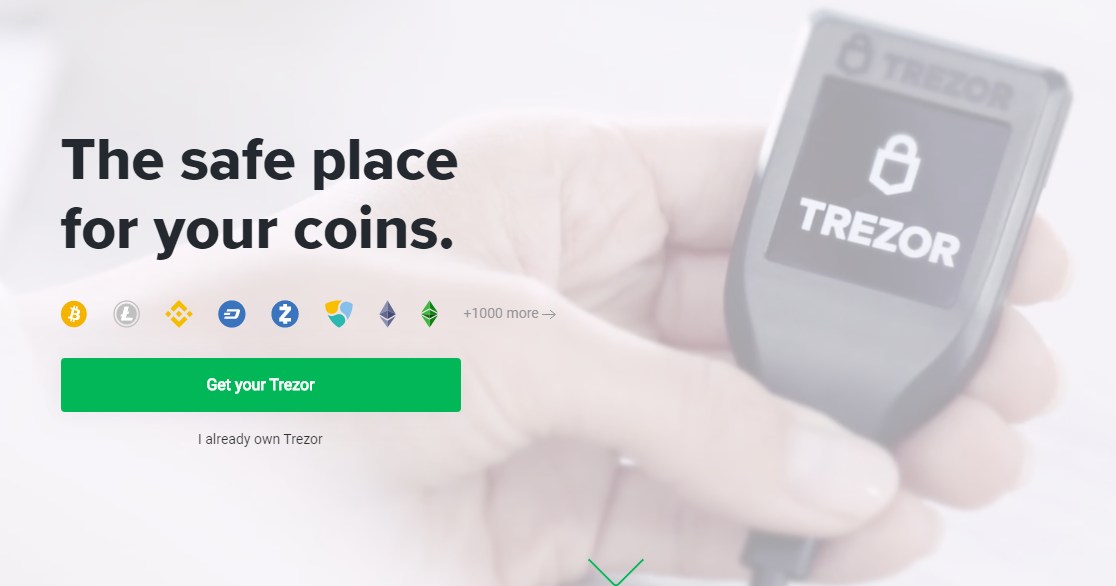 Established by a company based in the Czech Republic, which goes by the name SatoshiLabs, Trezor is the globe’s first Bitcoin hardware wallet.

Basically, it is a tiny device that has an OLED screen and is connected through a USB to the user’s private phone or computer. The fundamental purpose of Trezor is to keep user’s private keys offline and to sign transactions.

Once Trezor is connected to a PC, it displays a nine-digit PIN code. Users will need to input the exact same pin code via clicking on the corresponding screen. Meanwhile, the code is produced randomly whenever users connect Trezor.

There is a 24-word recover seed given to all users once the pin is entered. The recovery key needs to be kept safely as it is the only means to restore Bitcoins. Trezor supports lots of digital currencies like:

Also, it is made available for OS X, Windows as well as Linux. It can also be gotten in gray, black, and white colors.

This is a multi-currency custody-free wallet that backs roughly three hundred coins along with tokens. It is the first digital currency wallet with cross-chain atomic swaps on its board that is decentralized.

With the Atomic Wallet, users are allowed to exchange LiteCoin, Qtum, and Bitcoin without third parties. The wallet offers an in-built common exchange service for diverse virtual currencies.

There are alternatives to purchasing Ripple, Ethereum, LiteCoin, and Bitcoin via bank cards. The Atomic Wallet has an in-depth and transparent interface. Users do not need to validate their identity or even register.

With time, the Atomic Wallet will be available for iOS and Android services. To store digital coins on the wallet, users will need to write down the mnemonic seed and keep it in a protected place.

Exodus wallet is a free-to-utilize, yet desktop-only Bitcoin mining wallet that was created in the year 2015 by JP Richardson and Daniel Castagnoli. It is the first multi-digital currency desktop wallet in the universe.

Exodus does not have any hosted servers or even logs. Presently, it supports major virtual currencies such as:

While there is no identity validation or registration needed, users will still have to set up a password to easily access the wallet and spend their funds. Users are only enabled to carry out a backup of their seed key when they have a balance in their wallet.

Additionally, Exodus wallet is regarded as the first desktop wallet to make use of ShapeShift built in it for the purpose of exchanging virtual currencies. 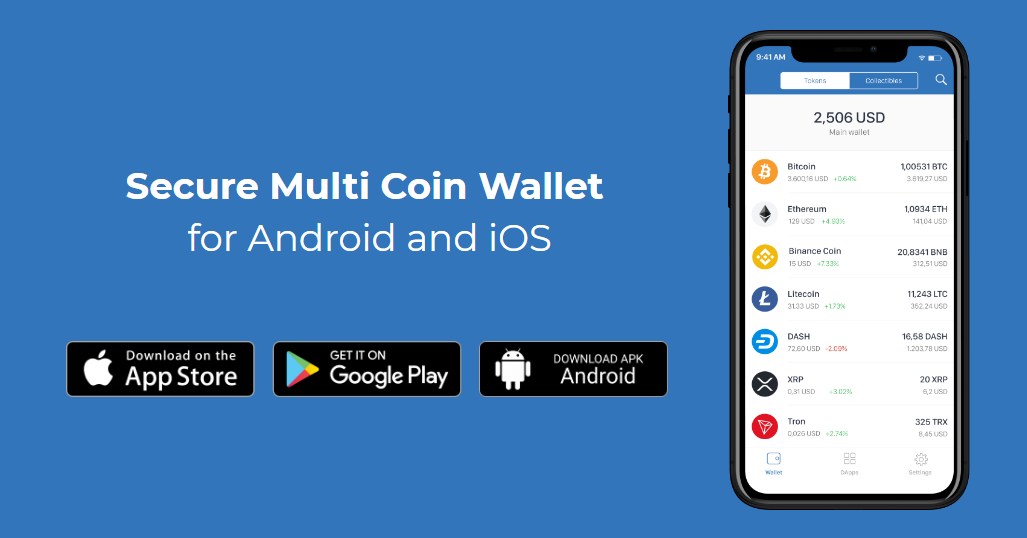 Trust Wallet is the globe’s leading multi-asset Cryptocurrency wallet that keeps both altcoins as well as Bitcoins. This wallet backs about thirteen cryptocurrency coins and is the best choice for diverse digital currency users.

It has a highly active development team and works swiftly, and it’s highly reliable as well. Asides from supporting Bitcoin, Trust Wallet supports other altcoins like:

It has a frictionless and seamless UI that is very simple to utilize. It does not make use of email verification, has no onboarding, and does not need usernames or passwords to start making use of the wallet.

OWNR Wallet is one of the latest additions to my list of best Bitcoin mining wallets.

With this wallet, you can buy, send, receive and exchange your crypto, all via an easy and intuitive interface.

One of the best features of OWNR Wallet is its widespread support. Currently, you can use it on:

Furthermore, they have the support for lots of crypto coins:

The company is fully licensed, and they support various technologies(like SegWit) and allow you to buy crypto with fiat and SEPA.

The company was registered in February of 2014, with an office opened in Luxembourg.

You don’t need a bank account in order to register, and you can use HolyTransaction both as a wallet and an exchange medium.

They are web-based and support coins such as:

In addition, they provide their own API, which you can use for payment processing and even the creation of your own wallet label.

The exact type of wallet users should utilize heavily relies on the user’s activity level and security level of handling their Bitcoins. It also relies on how frequent users utilize their funds and the amount they need to keep on a certain wallet.

How to earn Bitcoin?