NiceHash is probably the oldest or one of the oldest Bitcoin mining software with a graphical user interface.

And it also was the best and most popular to use. Back in those days, there was no alternative to Nicehash.

It took them quite a long, but they did eventually repay their miners.

In order to provide you with a choice to pick the mining software that’s best for you, I’ve decided to list Nicehash again.

Still, for many people, the NiceHash alternatives work better than Nicehash itself, so I came up with the best Bitcoin mining software like NiceHash.

All of the alternatives I provide here are absolutely free, easy to use, come with a graphical user interface, and can be installed within minutes(if not seconds).

Kryptex is the first tool I found after the Nicehash got hacked, and it is my weapon of choice when it comes to GUI Bitcoin miners.

I’m using this tool for more than 4 years now, and there isn’t a single thing that I can complain about.

The interface is clean and intuitive, and the process of installing and running Kryptex is really straightforward.

Starting autumn of 2021, they have reduced their fee to just 2%, which is better than other GUI mining software, including NiceHash. 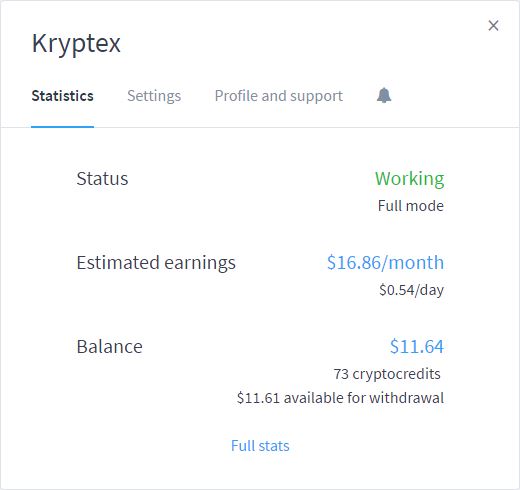 Is definitely among the top Bitcoin mining software at the moment. It was built by guys who work in the hardware drivers industry, which allowed them to gather some fine data about the mining power of most available hardware out there.

Besides that, it comes up with a GUI that I really like, and it performed pretty well on my tests.

They also have a referral system, and the payment threshold isn’t high. 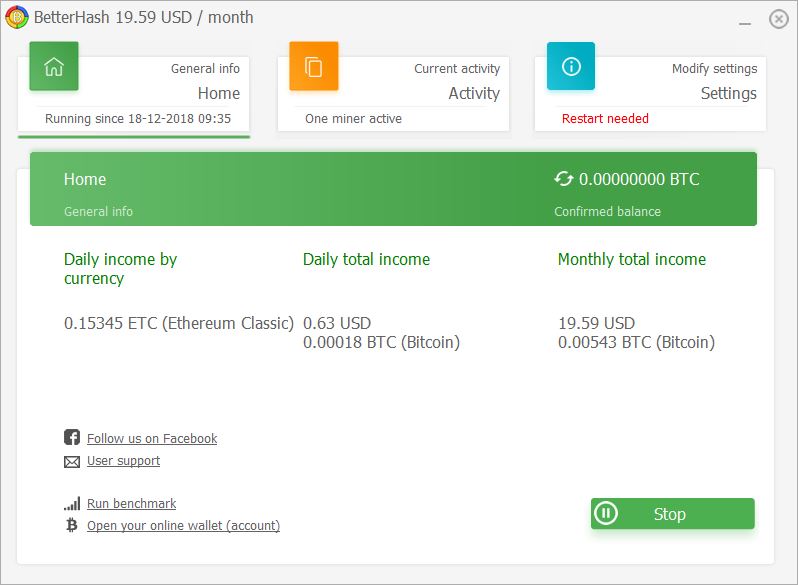 Computta is maybe not the best Bitcoin mining software out there, but it’s not a bad one either. And, it comes with a GUI, it’s easy to set up and start using, so it is a valid NiceHash alternative. 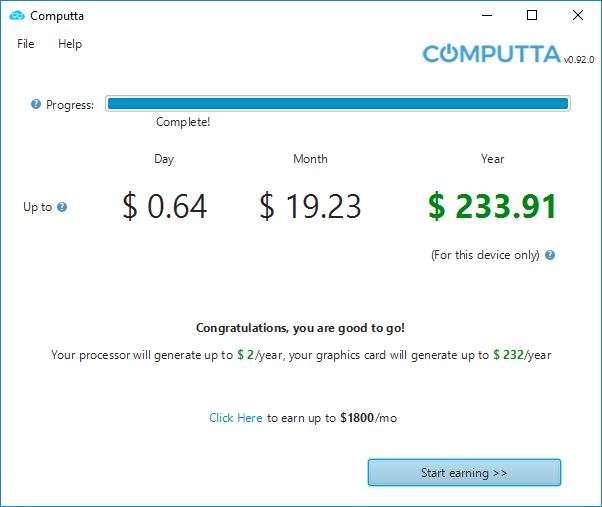 myMiner isn’t as popular as other Nicehash alternatives from above, but it does have its own fan base and set of features.

Dead simple to install and manage, myMiner can be used to mine Ethereum, Ethereum Classic, and Monero. 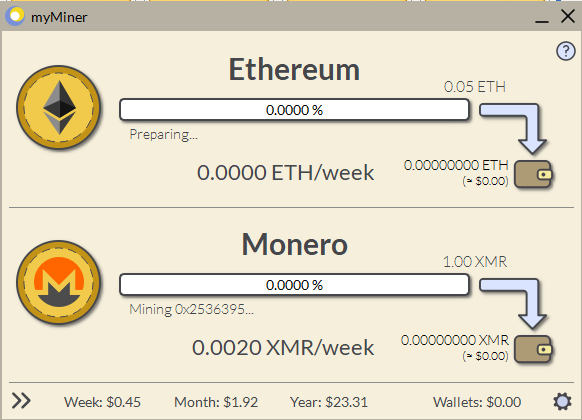 Nicehash Alternatives for Linux and Mac(+Windows)

The Cudo Miner app is one of the more recent Bitcoin mining apps on the market. I didn’t stumble upon it until late 2018, but certain features make it one of the top NiceHash alternatives- it’s free, it comes up with a GUI, it’s easy to install and use, and it provides something that no other Bitcoin mining software does- a mining GUI for Windows, Linux, and Mac!

I encourage you to test it on Windows, but definitely try it if you’re running a Linux or Mac.

It’s certainly the best GUI solution for Linux and Mac. 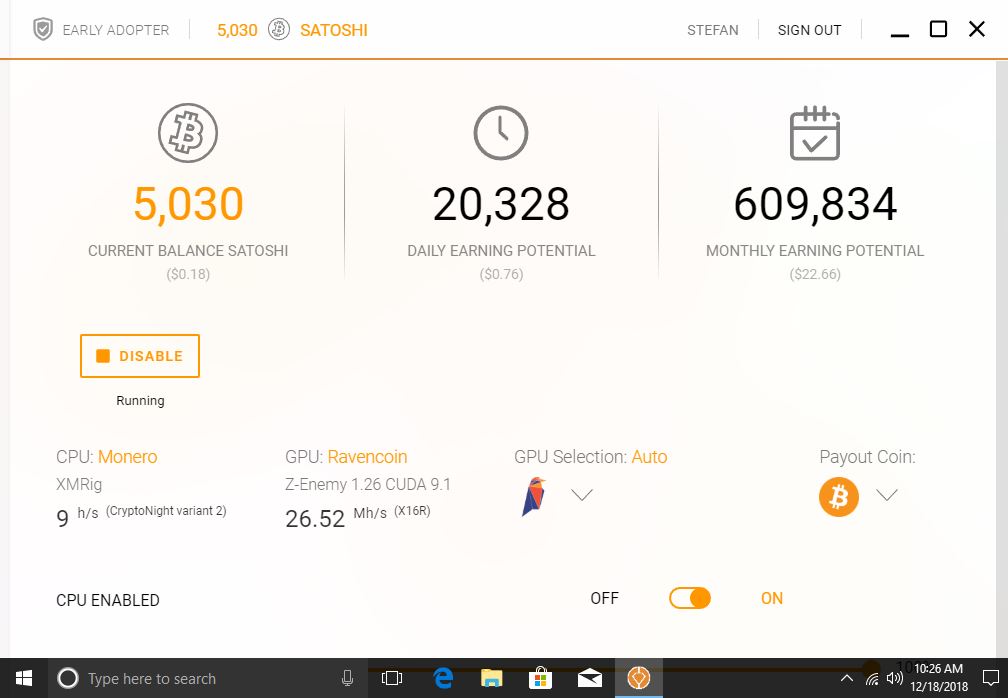 Is the tool that most miners stop using as soon as they discover a better GUI solution.

Still, it comes up with versions for Windows, Linux, and Mac, so it deserves to be featured on this site.

Besides that, it’s probably the oldest GUI miner out there, or at least the mining software that I first discovered.

Depending on your hardware configuration, it may turn out the best NiceHash replacement for you, and testing doesn’t hurt. 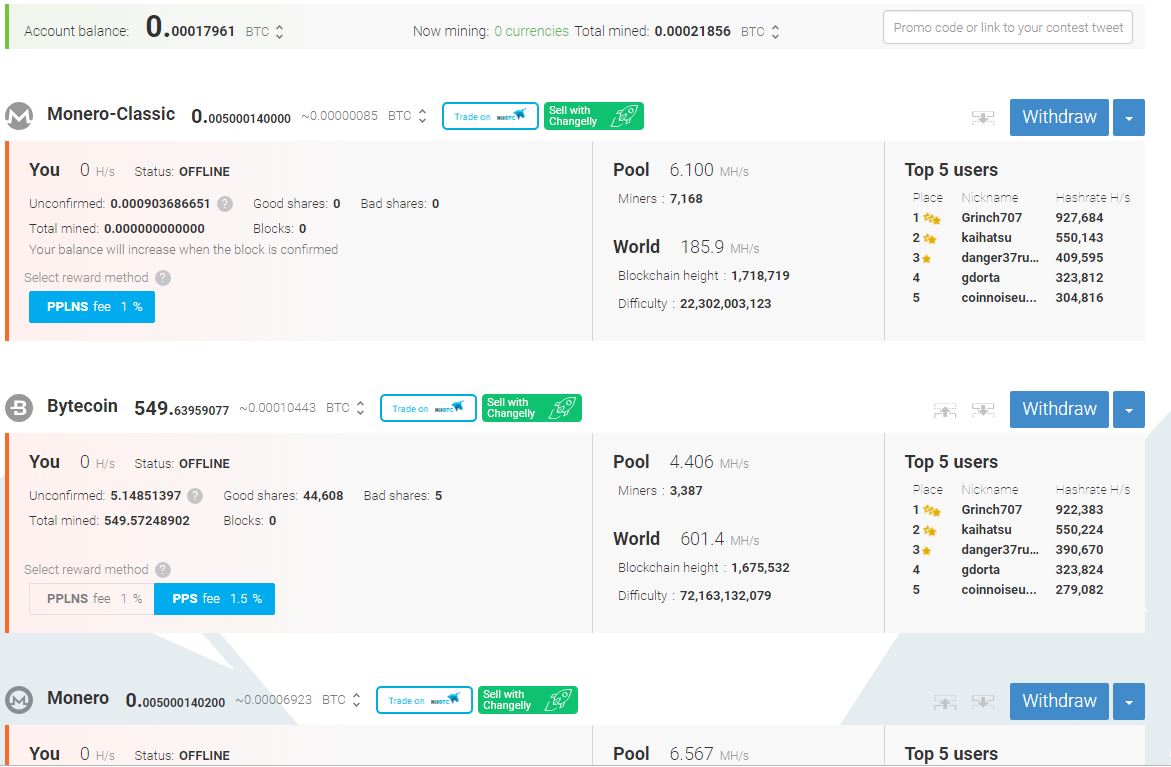 CryptoTab is one of the newer addition of mining software on this website.

It’s still relatively new, but many people reported it as an interesting and easy way to start mining.

Right now, it’s working on Windows and Mac, and there are apps for iOS and Android, where you can check your earnings and some basic data(like referral links).

Unlike other NiceHash alternatives, this one is a web browser with integrated mining algorithms, so every time you browse the web- you also mine cryptocurrency.

It can hardly be simpler than that, so give it a try if you’ve just entered the mining business or want to test how it’s working. 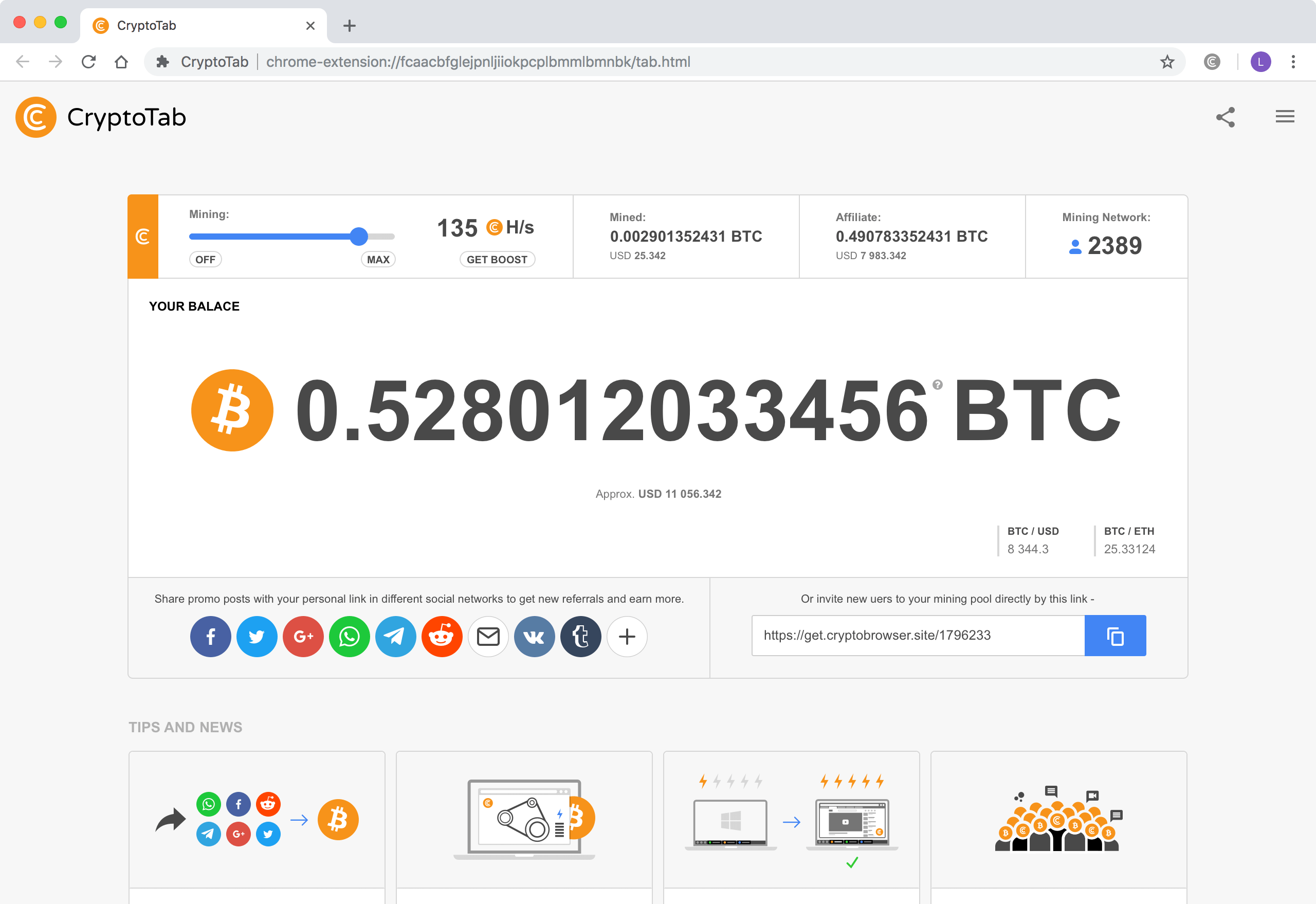 Do you like mining with console miners and at a low fee, yet without constantly looking for mining pools, especially ones that can’t work for more than one cryptocurrency?

I present you the unMineable.

unMineable is a cryptocurrency mining pool that mines for you crypto coins that actually aren’t mineable(think CHZ, XRP, ADA, ALGO, SHIB, and even BTC).

With more than 60 supported coins, unMineable comes as a rather handy tool if you’d like to mine what they have in offer.

In order to do so, you can check one of these 4 console miners, as they are all supported through unMineable, and can be used to mine any of the 60+ coins supported:

If you already have one of these miners installed, and just want it connected to unMineable, check this extensive unMineable guide with instructions for all or most coins.

If mining with console and GUI miners still doesn’t work for you, you may find cloud mining the best solution for your mining business.

Nowadays, there are quite a few cloud mining providers, and the list grows over time, but here are a few notable ones:

Bitcoin.com is a renowned name in the crypto world, and cloud mining isn’t an exception. With 100% server uptime guaranteed, and various packages to choose from, I would definitely consider it for cryptocurrency mining in the cloud.

Although I like Bitcoin.com the most due to its reputation, Genesis Mining is even longer in the cloud mining business and provides a wider variety of coins to mine. Right now, Bitcoin, Dash, Ethereum, Monero, Litecoin, and ZCash can all be mined with Genesis Mining.

hashing24 supports only Bitcoin mining but has been on the scene for a few years, and some people like it for cloud mining. If you’re looking for the best cloud mining providers, I suggest you at least take a look at hashing24.